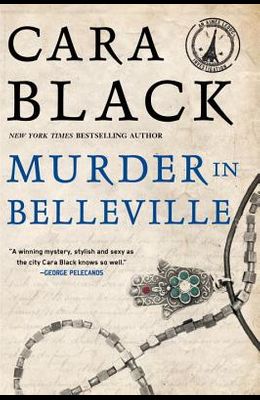 The second Aim e Leduc investigation set in Paris When Ana s de Froissart calls Parisian private investigator Aim e begging for help, Aim e assumes the woman wants to hire her to do surveillance on her philandering politician husband again. Aim e is too busy right now to indulge her. But Ana s insists Aim e must come, that she is in trouble and scared. Aim e tracks Ana s down just in time to see a car bomb explode, injuring Ana s and killing the woman she was with. Ana s can't explain what Aim e just witnessed. The dead woman, Ana s says, is Sylvie Coudray, her cheating husband's long-time mistress, but she has no idea who wanted her dead, and Ana s officially hires Aim e to investigate. As she digs into Sylvie Coudray's murky past, Aim e finds that the dead woman may not be who Ana s thought she was. Her Belleville neighborhood, full of North African immigrants, may be hiding clues to Sylvie's identity. As a prominent Algerian rights activist stages a hunger protest against new immigration laws, Aim e begins to wonder whether Sylvie's death was an act of terrorism, and who else may be at risk.

Books similiar to Murder in Belleville