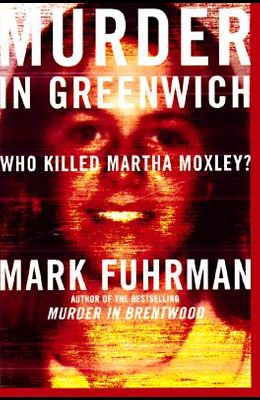 by
Mark Fuhrman and Stephen Weeks

The night of October 30, 1975, fifteen-year-old Martha Moxley was bludgeoned and stabbed with a golf club on the grounds of her family's Greenwich home. The golf club that killed Martha came from the house of Thomas and Michael Skakel, two boys who had been with Martha the night she died. Wealthy and prominent in their own right, the Skakels were related to the Kennedys, as Ethel Skakel Kennedy was the boys' aunt. When the police started looking closely at the Skakels' involvement, the family refused to cooperate. Twenty-two years later Martha Moxley's murder remained unsolved. Now Mark Fuhrman, the former LAPD homicide detective who followed his controversial role in he O. J. Simpson trial with the bestseller Murder in Brentwood , turns his investigative skills to the murder of Martha Moxley. Is this another case of money, power, and fame getting away with murder? In Murder in Greenwich , Fuhrman investigates this unsolved homicide form the beginning. Using his detective skills to analyze the case and uncover explosive new information--including top secret documents compiled by the Skakels' own private investigators--Mark Fuhrman will reveal: how the local police mishandled the investigation from the beginning how the murder weapon was found--and then lost--at the crime scene how wealth and influence interfered with the investigation how authorities tried to stop Fuhrman's investigation A beautiful teenager was brutally murder in an exclusive and well-guarded suburb. How could it happen? Why did her killer get away with it? Who was involved in the cover-up? What role did the town of Greenwich itself play in the investigation. From the investigation, Mark Fuhrman will offer his answers to these questions, as well as the question that everyone is still asking: Who killed Martha Moxley?