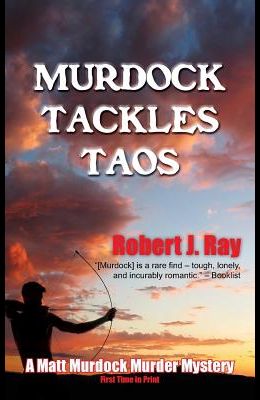 Book #6 in the Matt Murdock Series
by
Robert J Ray

Weary but wise private-eye Matt Murdock is back, and he has met his match-a vital and attractive writer and cop's daughter, Helene Steinbeck. Helene is hiking in the hills of Taos when she happens upon the corpse of a young woman downed by an arrow. Murdock appears on the horizon just in time to prevent a team of archers from using Helene as target practice. Murdock has been scouring Angel Mountain and vicinity for evidence that will help him discover the whereabouts of Barbi Bellini, the missing daughter of a friend. Now that Helene has stumbled onto the scene, she has no choice but to join Murdock in his search for answers. Drawn to the detective's integrity and quiet strength, she becomes both his apprentice and his lover. Their quest leads them to a cult of locals whose charismatic leader believes the weak are fair game. But this unholy brotherhood is just the poisonous tip of the arrow. The hunters have forged deadly alliances with the rich and powerful of Taos. Who can Helene and Murdock trust? Will they be able to outthink-and outrun-their many adversaries? Murdock Tackles Taos is the all-new, much-anticipated sixth episode in the Matt Murdock Mystery Series, which began with Bloody Murdock.