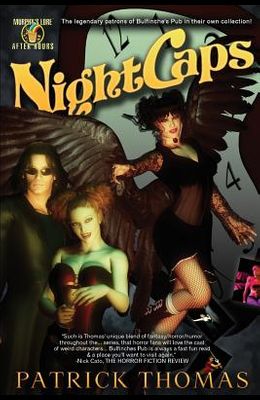 Evil walks the Earth in many forms, but so do those who oppose it. Protecting the innocent & seeking justice, they fight to beat back the darkness. Their names are legend or soon shall be. Welcome To Murphy's Lore After Hours. In time for the 10th Anniversary of the Murphy's Lore books the legendary patrons of Bulfinche's Pub get their own collection in which: Hex rescues a reluctant vampyre; Terrorbelle finds herself a bouncer in a bar that serves blood; Layla tries to do business with a man bleeding to death in a tub; Nemesis works so a Middle Eastern politician can see the world through a woman's eyes; the Soul for Hire saves a little girl who may be more dangerous than her kidnappers; Moni the Graveyard Angel contends with a crooked monument builder; we see one of Mathew & Ryth's first encounters & later hope Murphy, Ryth, & her unborn child can escape the succubus' stalker; Agent Karver of the DMA faces the Beast With Two Backs; Coco Joe starts to make his move; the Infinite Jester contends with a unicorn serial killer; we meet Daye the Daemor assassin; Loki & Heimdal search for common ground; Mosie the psychic saves a hunted woman; & Paddy's kids do him proud. The Patrons of bulfinche's pub speak out on NIGHTCAPS ANOTHER LITERARY TRIUMPH, -Murphy's Mom. BLOODY GOOD, -Layla, vampyre owner of the club Plasma. READ MURPHY'S BOOK'S WHILE YOU CAN, because I will wipe him & the rest of Bulfinche's ilk from the face of the Earth, Coco Joe, thunder god, secret leader of the Stormers READ THIS BOOK. I PREDICT YOU'LL LOVE IT,-Mosie, drunken psychic Praise for Murphy's Lore Such is Thomas' unique blend of fantasy/horror/humor throughout the... series, that horror fans will love the cast of weird characters... Bulfinches Pub is always a fast fun read & a place you'll want to visit again. -Nick Cato, THE HORROR FICTION REVIEW HUMOR, OUTRAGEOUS ADVENTURES, & SOME CLEVER PLOT TWISTS.-Don D'Ammassa, SCIENCE FICTION CHRONICLE SLICK... ENTERTAINING.-Paul Di Filippo, ASIMOV'S

List of All Editions of Murphy's Lore After Hours: Nightcaps