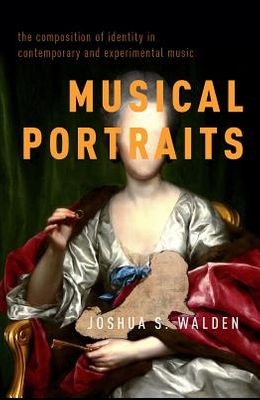 Musical Portraits: The Composition of Identity in Contemporary and Experimental Music

Joshua S. Walden's Musical Portraits: The Composition of Identity in Contemporary and Experimental Music explores the wide-ranging but under-examined genre of musical portraiture. It focuses in particular on contemporary and experimental music created between 1945 and the present day, an era in which conceptions of identity have changed alongside increasing innovation in musical composition as well as in the uses of abstraction, mixed media, and other novel techniques in the field of visual portraiture. In the absence of physical likeness, an element typical of portraiture that cannot be depicted in sound, composers have experimented with methods of constructing other attributes of identity in music, such as character, biography, and profession. By studying musical portraits of painters, authors, and modern celebrities, in addition to composers' self-portraits, the book considers how representational and interpretive processes overlap and differ between music and other art forms, as well as how music is used in the depiction of human identities. Examining a range of musical portraits by composers including Peter Ablinger, Pierre Boulez, Morton Feldman, Philip Glass, Gyorgy Ligeti, and Virgil Thomson, and director Robert Wilson's on-going series of video portraits of modern-day celebrities and his portrait opera Einstein on the Beach , Musical Portraits contributes to the study of music since 1945 through a detailed examination of contemporary understandings of music's capacity to depict identity, and of the intersections between music, literature, theater, film, and the visual arts.