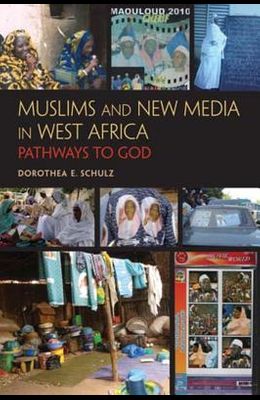 Muslims and New Media in West Africa: Pathways to God

Although Islam is not new to West Africa, new patterns of domestic economies, the promise of political liberalization, and the proliferation of new media have led to increased scrutiny of Islam in the public sphere. Dorothea E. Schulz shows how new media have created religious communities that are far more publicly engaged than they were in the past. Muslims and New Media in West Africa expands ideas about religious life in West Africa, women's roles in religion, religion and popular culture, the meaning of religious experience in a charged environment, and how those who consume both religion and new media view their public and private selves.