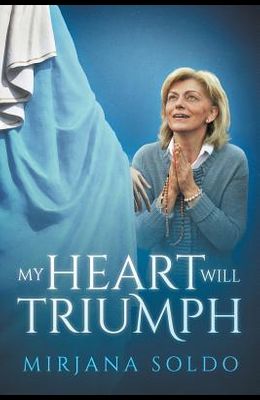 My Heart Will Triumph

Mirjana Soldo was only sixteen years old when she and five other children saw a mysterious woman on a hillside near the village of Medjugorje , ex-Yugoslavia. The woman--who possessed an extraordinary beauty and grace--identified herself as the Virgin Mary. The events that began on that summer afternoon in 1981 dramatically changed Mirjana's life and brought intense suffering at the hands of the communist authorities. After more than 35 years of apparitions, people still flock to Medjugorje in search of answers to life's big questions. Stories of miracles abound, and, according to Mirjana, more are yet to come--the Virgin entrusted her with ten prophetic secrets concerning the future of the world. In her new auto-biography, My Heart Will Triumph , Mirjana tells the story of Medjugorje through her own eyes--the same eyes that, according to her testimony, gaze upon the most revered woman in history.

Books similiar to My Heart Will Triumph

List of All Editions of My Heart Will Triumph