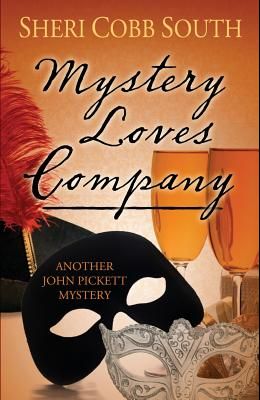 Returning to London after his honeymoon (For Deader or Worse), Bow Street Runner John Pickett soon discovers wedded bliss is not without its pitfalls, as he finds it galling to be financially dependent on Julia, his aristocratic bride. When he is summoned to the home of Lady Washbourn, Pickett finds he has something in common with the young countess: like himself, Lady Washbourn has married above her station, and now finds herself adrift in a world to which she does not truly belong. After a series of unsettling incidents-dismissed as accidents by Lord Washbourn and his mother, the dowager countess-Lady Washbourn fears her husband is trying to kill her. The couple will be hosting a masquerade ball, and the countess fears the anonymity of masks and costumes may afford Lord Washbourn an opportunity to make another, bolder attempt on her life. Tricked out in fancy dress for the occasion, Pickett feels more than a little foolish, but when one of the housemaids dies shortly after stealing a sip of Lady Washbourn's ratafia, he realizes her ladyship's fears were not unfounded. Then the coroner's jury returns a verdict of death by natural causes, and Lord Washbourn makes it clear that he considers the matter settled. Pickett stakes his professional reputation on proving the maid was murdered with a poison intended for her mistress. And with a reward of fifty pounds sterling riding on his successful resolution of the case, the marriage Pickett saves just might be his own.