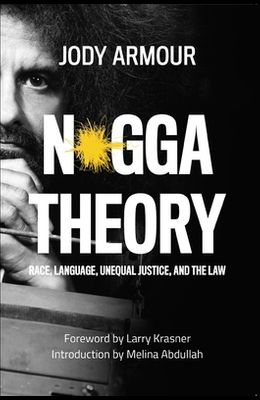 by
Jody David Armour and Abdullah and Krasner

Racialized mass incarceration is not just cell blocks brimming with black bodies. It's a pervasive and deep-seated way of talking and thinking about morality, law, and politics in matters of blame and punishment; it's a punitive impulse and retributive urge that runs so strong and deep in most Americans that taming it will take a revolution in consciousness. Through radical critiques of conventional morality, conventional legal theory, and conventional politics in criminal justice matters, this book fuels this revolution. Drawing on the phenomenon moral philosophers call moral luck, Armour's book humanizes these most otherized, monsterized criminals by challenging the widespread belief that there is a deep and wide moral gulf between them and law-abiding, noncriminal, nonviolent us. Legally, his book roots out where bias lives in the black letter law and adjudication of just deserts; that is, it shows how murderers and other morally condemnable criminals are not merely found in criminal trials like discoverable facts of nature, but rather they are socially constructed, often by racially biased prosecutors, judges, and jurors. And politically, Armour both examines and exemplifies the way a transgressive word or symbol, like the troublesome and disreputable N-word itself, can, when wielded with care and precision by critical black writers and artists, signal a sharp rejection of respectability politics, promote political solidarity with the most reviled black criminals, and spark a revolution in consciousness about racialized mass incarceration.