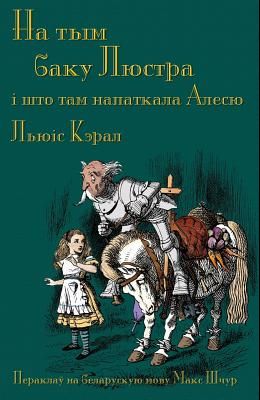 Alice's Adventures in Wonderland is a summer tale published by Lewis Carroll (Charles Lutwidge Dodgson) for the first time in July 1865. Many of the characters and adventures in that book have to do with a pack of cards. Through the Looking-Glass and What Alice Found There is a winter tale, which Carroll first published in December 1871. In this second tale, the characters and adventures are based on the game of chess. Both Alice's Adventures in Wonderland and Through the Looking-Glass and What Alice Found There were widely known and enjoyed in Belarus in Russian translations a long time before the first Belarusian translation appeared. The main character, Alice, was quite popular due to a number of films and cartoons. The delay with a Belarusian Alice translation can be attributed to the government's cultural politics during Soviet times, when translations of bourgeois Western writers, even the classic ones, into a small national language were not encouraged.