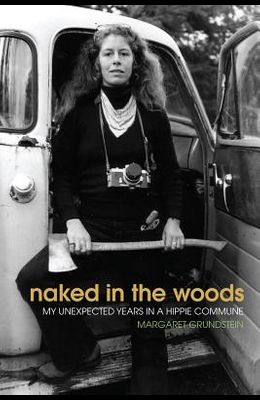 Naked in the Woods: My Unexpected Years in a Hippie Commune

In 1970, Margaret Grundstein abandoned her graduate degree at Yale and followed her husband, an Indonesian prince and community activist, to a commune in the backwoods of Oregon. Together with ten friends and an ever-changing mix of strangers, they began to build their vision of utopia. Naked in the Woods chronicles Grundstein's shift from reluctant hippie to committed utopian--sacrificing phones, electricity, and running water to live on 160 acres of remote forest with nothing but a drafty cabin and each other. Grundstein, (whose husband left, seduced by freer love) faced tough choices. Could she make it as a single woman in man's country? Did she still want to? How committed was she to her new life? Although she reveled in the shared transcendence of communal life deep in the natural world, disillusionment slowly eroded the dream. Brotherhood frayed when food became scarce. Rifts formed over land ownership. Dogma and reality clashed. Many people, baby boomers and millennials alike, have romantic notions about the 1960s and 70s. Grundstein's vivid account offers an unflinching, authentic portrait of this iconic and often misreported time in American history. Accompanied by a collection of distinctive photographs she took at the time, Naked in the Woods draws readers into a period of convulsive social change and raises timeless questions: how far must we venture to find the meaning we seek, and is it ever far out enough to escape our ingrained human nature?