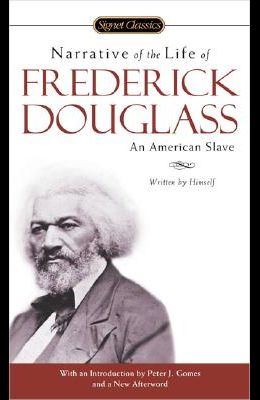 Narrative of the Life of Frederick Douglass

In his wrenching, classic autobiography--one of the most important documents in American history--Douglass describes himself as a man who became a slave and, later, a slave who became a man. Reissue.

From the front Cover This Modern Library Paperback Classics edition combines the two most important African American slave narratives into one volume. Frederick Douglass's Narrative, first published in 1845, is an enlightening and incendiary text. Born into slavery, Douglass became the preeminent spokesman for his people during his life; his narrative is an unparalleled account of the dehumanizing effects of slavery and Douglass's own triumph over it. Like Douglass, Harriet Jacobs was born into slavery, and in 1861 she published Incidents in the Life of a Slave Girl, now recognized as the most comprehensive antebellum slave narrative written by a woman. Jacobs's account broke the silence on the exploitation of African American female slaves, and it remains crucial reading. These narratives illuminate and inform each other. This edition includes an incisive Introduction by Kwame Anthony Appiah and extensive annotations. From the Trade Paperback edition.

The Autobiographies Series In Order - By Frederick Douglass