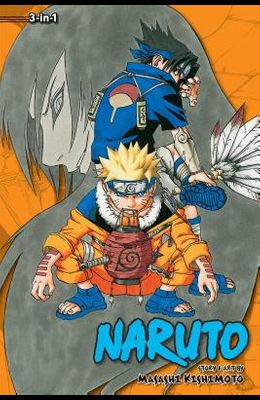 Book #3 in the Naruto: Omnibus Series
by
Masashi Kishimoto

The world's most popular ninja comic just got bigger with this collection of Naruto volumes Reads R to L (Japanese Style), for audiences T Containing volumes 7, 8 and 9 of Naruto Naruto, Sasuke and Sakura passed the written portion of the Chunin Exam, but that was only the beginning Now in the thick of the exam's second phase, held in the aptly named Forest of Death, instructor Mitarashi Anko has promised to cut the number of advancing teams by half. And a mysterious predator in their midst is after Sasuke