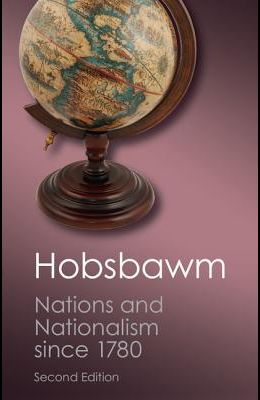 An update to the classic text, perfect for those interested in global politics and nationalism Nations and Nationalism since 1780 is Eric Hobsbawm's widely acclaimed and highly readable inquiry into the question of nationalism. Events in the late twentieth century in Eastern Europe and the Soviet republics have since reinforced the central importance of nationalism in the history of the political evolution and upheaval. This second edition has been updated in light of those events, with a final chapter addressing the impact of the dramatic changes that have taken place. Also included are additional maps to illustrate nationalities, languages and political divisions across Europe in the nineteenth and twentieth centuries.

Books similiar to Nations and Nationalism Since 1780: Programme, Myth, Reality

List of All Editions of Nations and Nationalism Since 1780: Programme, Myth, Reality