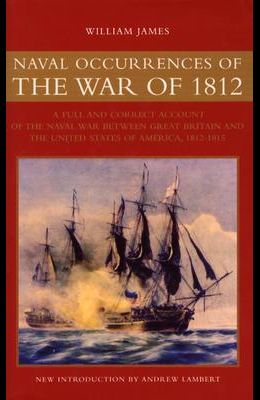 Naval Occurrences of the War of 1812: A Full and Correct Account of the Naval War Between Great Britain and the United States of America, 1812-1815

by
William James and Andrew Lambert

English lawyer and historian William James wrote this book in 1817 to counter what he considered the bombastic, patriotic, and false version of the war put forward by American authors. To free the war from American dross, James used his legal mind to pick through a wealth of evidence and came to the conclusion that no American ship of war has, after all, captured a British ship of the same force. Many of the work's more controversial and vociferous passages were deleted or toned down for his six-volume history of the Royal Navy published in 1826, but this fully reset classic--which includes more than one hundred contemporary official documents--allows readers to appreciate the full force of James's original arguments.