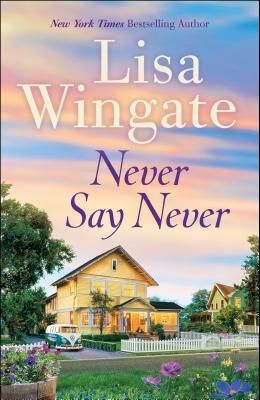 Book #3 in the Daily, Texas Series
by
Lisa Wingate

From the Back Cover Lisa Wingate writes engaging stories that strike the heart. --Debbie Macomber, New York Times #1 bestselling author Kai Miller floats through life like driftwood tossed by waves. She's never put down roots--and she doesn't plan to. Donetta Bradford has never left her hometown of Daily, Texas, but as her marriage flounders, her life starts to feel too small. When the arrival of a hurricane cancels Donetta's cruise at the last minute and throws the two women together, Donetta leads Kai and a group of evacuees back to Daily. The charm of the town--and the high school baseball coach, Kemp Eldridge--has Kai thinking twice about her wayfaring existence. She can almost picture settling down in Daily--until she discovers Kemp may be promised to someone else. Confronted with her husband's glaring absence, Donetta focuses instead on the people taking refuge from the storm. Daily has always been a welcoming place for those the wind blows in, but can Donetta come up with a happy ending for everyone--including herself?