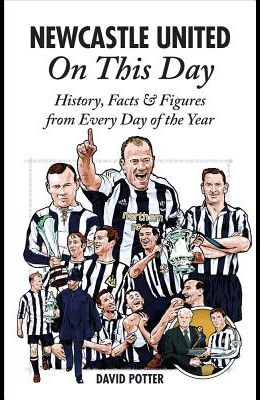 Newcastle United on This Day: History, Facts & Figures from Every Day of the Year

The most memorable moments from the club's glorious past, mixed with quirky anecdotes and legendary characters, makes for an irresistibly dippable diary of Magpies history, with an entry for every day of the year From the Victorian merger of Newcastle East End and Newcastle West End to within an ace of glory during the Premier League era, the St. James' Park faithful have witnessed the triumphs of the 1900s when three league titles were won, three FA Cup victories in the 1950s, and the heady European conquest of 1969, culminating against tough Hungarian opposition all featured here. All-time great players including Peter McWilliam, Hughie Gallacher, Jackie Milburn, Malcolm Macdonald, Paul Gascoigne, and Alan Shearer loom larger than life, appearing alongside Tyneside heroes such as Joe Harvey, Bobby Robson, and Kevin Keegan.

List of All Editions of Newcastle United on This Day: History, Facts & Figures from Every Day of the Year