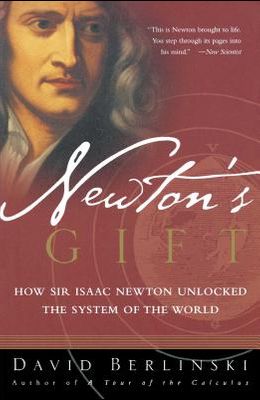 Newton's Gift: How Sir Isaac Newton Unlocked the System of the World

Sir Isaac Newton, creator of the first and perhaps most important scientific theory, is a giant of the scientific era. Despite this, he has remained inaccessible to most modern readers, indisputably great but undeniably remote. In this witty, engaging, and often moving examination of Newton's life, David Berlinski recovers the man behind the mathematical breakthroughs. The story carries the reader from Newton's unremarkable childhood to his awkward undergraduate days at Cambridge through the astonishing year in which, working alone, he laid the foundation for his system of the world, his Principia Mathematica, and to the subsequent monumental feuds that poisoned his soul and wearied his supporters. An edifying appreciation of Newton's greatest accomplishment, Newton's Gift is also a touching celebration of a transcendent man.