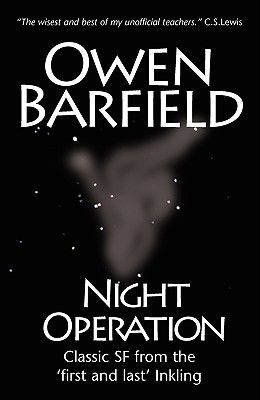 Set in a dystopian future, humanity has been driven underground by fears of terrorist attack. Dwelling in the sewers of an abandoned city, society is closed, crowded, obsessed with security and its own biological processes. In our post-9/11 world, Barfield's portrayal of the repressive, claustrophobic effects of anxiety on human communities is startlingly timely. Night Operation is a contemporary allegory on the fall and potential rise of humanity. Owen Barfield is one of the twentieth century's most significant philosophers. He is widely known for his explorations of human consciousness, the history of language, the origins of poetic effect, and cross-disciplinary thought. A member of the Inklings, an Oxford group of scholars, Barfield's thinking informed the writings of C.S. Lewis and J.R.R Tolkien, among others. Night Operation is Barfield's only work of science fiction. His vision of society at an evolutionary turning point is original, daring and prophetic.