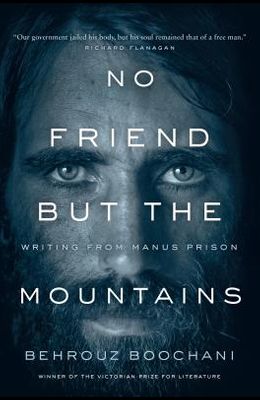 No Friend But the Mountains: Writing from Manus Prison

by
Behrouz Boochani and Omid Tofighian

Our government jailed his body, but his soul remained that of a free man. -- From the Foreword by Man Booker Prize-winning author Richard Flanagan Where have I come from? From the land of rivers, the land of waterfalls, the land of ancient chants, the land of mountains . . . People would run to the mountains to escape the warplanes and found asylum within their chestnut forests . . . Do Kurds have any friends other than the mountains? In 2013, Kurdish journalist Behrouz Boochani was illegally detained on Manus Island, a refugee detention centre off the coast of Australia. He has been there ever since. This book is the result. Laboriously tapped out on a mobile phone and translated from the Farsi. It is a voice of witness, an act of survival. A lyric first-hand account. A cry of resistance. A vivid portrait through five years of incarceration and exile.