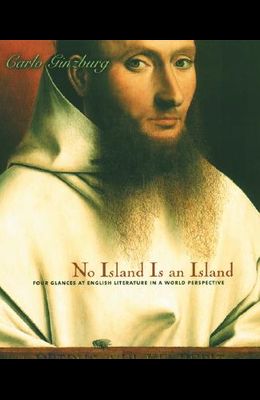 No Island Is an Island: Four Glances at English Literature in a World Perspective

From the author of The Cheese and the Worms comes a quartet of luminous explorations into English literature, from Sir Thomas More to Robert Louis Stevenson. 14 illustrations.

From the front Cover In No Island Is an Island, and internationally renowned historian approaches four works of English literature from unexpected angles. Following in the footsteps of a sixteenth-century Spanish bishop we gain a fresh view of Thomas More's Utopia. Comparing Bayle's Dictionary with Tristram Shandy we suddenly enter into Laurence Sterne's mind. A seemingly narrow dispute among Elizabethan critics for and against rhyme turns into an early debate on English national identity. Robert Louis Stevenson's story The Bottle Imp throws a new light on Bronislaw Malinowsky's attempts to discover meaning in the kula trading system among the Trobriand Islanders. Throughout, Ginzburg's inquiry is informed by his unique microhistorical sensibility, his attention to minute detail, and his extraordinary synthesizing imagination.