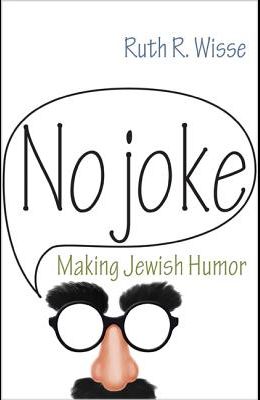 Humor is the most celebrated of all Jewish responses to modernity. In this book, Ruth Wisse evokes and applauds the genius of spontaneous Jewish joking--as well as the brilliance of comic masterworks by writers like Heinrich Heine, Sholem Aleichem, Isaac Babel, S. Y. Agnon, Isaac Bashevis Singer, and Philip Roth. At the same time, Wisse draws attention to the precarious conditions that call Jewish humor into being--and the price it may exact from its practitioners and audience. Wisse broadly traces modern Jewish humor around the world, teasing out its implications as she explores memorable and telling examples from German, Yiddish, English, Russian, and Hebrew. Among other topics, the book looks at how Jewish humor channeled Jewish learning and wordsmanship into new avenues of creativity, brought relief to liberal non-Jews in repressive societies, and enriched popular culture in the United States. Even as it invites readers to consider the pleasures and profits of Jewish humor, the book asks difficult but fascinating questions: Can the excess and extreme self-ridicule of Jewish humor go too far and backfire in the process? And is leave 'em laughing the wisest motto for a people that others have intended to sweep off the stage of history?

From the Back Cover Ruth Wisse's electrifying undressing of Jewish wit catapults us well past Freud's far more inhibited perceptions and into the naked precincts of tragic insight. Riffing through the laughter thrown up by the interpenetrations of language, history, and the political culture of variegated societies, Wisse uncovers subversion, paradox, fright, anger, grief, and the often defeated imagination of reversal. Tickle the funny bone long enough, she warns, and hilarity will expose dread. This stirringly original study of Jewish joking reveals the darker irony that underlies the comedic ironies of the Jewish mind at play. --Cynthia Ozick One of the most interesting and insightful books about comedy I've ever read. I learned a lot, and I laughed a lot. --B. J. Novak, writer and actor, The Office This is a wise and witty book, and a necessary one, too, because Jewish humor hasn't always received the commentary and analysis it deserves. Almost every page of this fine new work offers something to learn from or laugh about--or both. --William Novak, coeditor of The Big Book of Jewish Humor The funniest thing since we let the goyim into show business. --David Mamet It's a treat. The jokes are abundant, well chosen, and funny; and Ruth Wisse brings Harvard scholarship to our wonderful Yiddish treasury of humor. A salute and congratulations to Professor Wisse. --Herman Wouk An essential examination of Jewish humor. Ruth Wisse ably traces the subject through high literature and low culture, from Heine to Borat , offering new and glimmering insights in each case. She takes on the difficult questions, not least the one of utility: has humor helped the Jews, and does it help them still? No Joke is vastly erudite, deeply informative, and delightfully written--plus it's got plenty of good jokes. What more could one ask for? --Jeremy Dauber, Columbia University No Joke is both an anthology and running interpretation of Jewish humor. Ruth Wisse provides original treatments of Heine, Kafka, Sholem Aleichem, Israel Zangwill, Leonard Q. Ross (Leo Rosten), Sh. Y. Agnon, and Philip Roth, among many others. In an age of books that cover four or five disparate figures and call themselves wide-ranging, No Joke is a return to the ambition of comprehensiveness and to the confidence that scholarship might appeal to the common educated reader. I can't recommend the book more highly. --D. G. Myers, Ohio State University