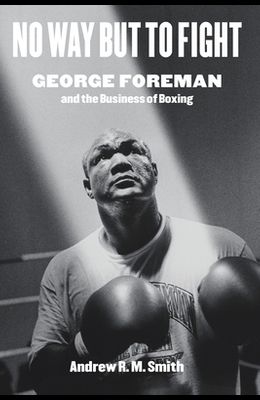 No Way But to Fight: George Foreman and the Business of Boxing

Olympic gold medalist. Two-time world heavyweight champion. Hall of Famer. Infomercial and reality TV star. George Foreman's fighting ability is matched only by his acumen for selling. Yet the complete story of Foreman's transition from an urban ghetto to global celebrity has never before been told. Raised in Houston's Bloody Fifth Ward, battling against scarcity in housing and food, young Foreman fought sometimes for survival and other times just for fun. But when a government program rescued him from poverty and introduced him to the sport of boxing, his life changed forever. In No Way but to Fight , Andrew R. M. Smith traces Foreman's life and career from Great Migration to Great Society, through the Cold War and Culture Wars, out of urban Houston and onto the world stage where he discovered that fame wrought new challenges. Drawing on new interviews with George Foreman and declassified government documents, as well as more than fifty domestic and international newspapers and magazines, Smith brings to life the exhilarating story of a true American icon. No Way but to Fight is an epic worthy of a champion.