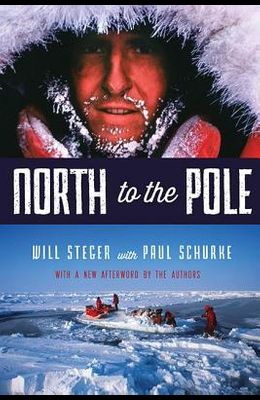 North to the Pole

by
Will Steger and Paul Schurke

On March 7, 1986, the seven men and one woman of the Steger International Polar Expedition set out by dogsled to reach the North Pole. Their spectacular feat of daring, courage, and commitment was deemed by National Geographic to be a landmark in polar exploration. The melting of the polar ice cap makes it unlikely that anyone will repeat their achievement. Will Steger, explorer and environmental educator, has led several record-setting dogsled expeditions in the Arctic and Antarctic. He is the founder of Climate Generation: A Will Steger Legacy and the Steger Wilderness Center and is a winner of the National Geographic John Oliver La Gorce Medal.Paul Schurke, leader of the 1989 Bering Bridge expedition, is an entrepreneur, educator, and co-founder of Wilderness Inquiry. He operates Wintergreen, a resort offering lodge-based dogsledding vacations near Ely, Minnesota.