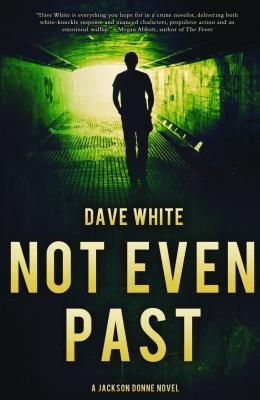 Not Even Past: A Jackson Donne Novel

Book #3 in the Jackson Donne Series
by
Dave White

Finally, Jackson Donne has it figured out. After leaving the private investigation business, he's looking toward the future -- and getting married to Kate Ellison. Donne is focused on living the good life -- planning the wedding, a big Hawaiian honeymoon -- until he receives an anonymous email with a link and an old picture of him on the police force. Once Donne clicks the link, nothing else in his life matters. Donne sees a live-stream of the one thing he never expected. Six years ago, his fiancee, Jeanne Baker died in a car accident with a drunk driver. Or so Donne thought. He's taken to a video of Jeanne bound to a chair, bruised and screaming, but very much alive. Donne starts to investigate, but quickly finds he's lost most of his contacts over the years. The police hold a grudge going back to the days when he turned in his corrupt colleagues, and neither they nor the FBI are willing to believe a dead girl's been kidnapped. Donne turns to former NARCO department partner Bill Martin -- the only man to love Jeanne as much as he did -- for help. And that decision could cost him everything.