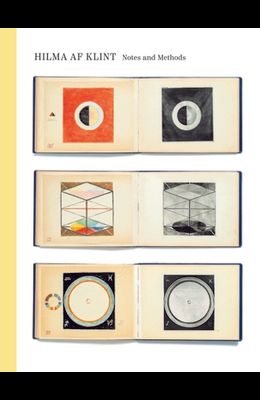 At the turn of the twentieth century, Swedish artist Hilma af Klint (1862-1944) created a body of work that left visible reality behind, exploring the radical possibilities of abstraction years before Vasily Kandinsky, Kazimir Malevich, or Piet Mondrian. Many consider her the first trained artist to create abstract paintings. With Hilma af Klint: Notes and Methods , we get to experience the arc of af Klint's artistic investigation in her own words. Hilma af Klint studied at the Royal Swedish Academy in Stockholm where she was part of the first generation of female students. Up until the beginning of the century, she painted mainly landscapes and detailed botanical studies. Her work from this period was that of a young artist of her time who meticulously observed the world around her. But, like many of her contemporaries, af Klint was also interested in the invisible relationships that shape our world, believing strongly in a spiritual dimension. She joined the Theosophical Society, and, with four fellow female members who together called themselves The Five, began to study mediumship. Between 1906 and 1915, purportedly guided by a higher power, af Klint created 193 individual works that, in both scale and scope of imagery, are like no other art created at that time. Botanically inspired images and mystical symbols, diagrams, words, and geometric series, all form part of af Klint's abstract language. These abstract techniques would not be seen again until years later. Notes and Methods presents facsimile reproductions of a wide array of af Klint's early notebooks accompanied by the first English translation of af Klint's extensive writings. It contains the rarely seen Blue Notebooks, hand-painted and annotated catalogues af Klint created of her most famous series Paintings for the Temple, and a dictionary compiled by af Klint of the words and letters found in her work. An introduction by Iris M ller-Westermann illuminates this unique and important contribution to the legacy of Hilma af Klint.