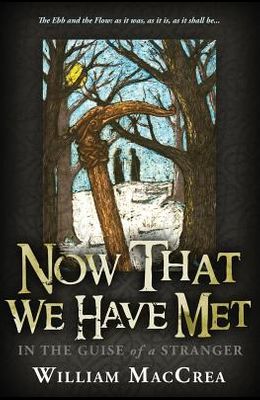 Now That We Have Met: In the Guise of a Stranger

In the early 19th century, the highlands of Scotland experienced The Clearances: the uprooting of families and communities. The majority of those dispossessed folk crossed the sea to North America, while others went on to Australia, New Zealand and even Chile. Some of the exiles carried with them a spiritual sense called the Old Way - a wildly beautiful form of early Christianity. Deep, somewhat mystical and even Druidic, it is spiritual, but not churchy. It is the faith of a child who dearly loves a parent and knows that he or she is deeply loved in return. God's Brats? Perhaps. In any case, the seed which was carried out of Scotland found good soil in new lands. Each of us may be called upon to do the work of an angel, and to accomplish that work with no expectation of reward. Above all, we are meant to celebrate the life which we have been given and to rejoice in each day. May our eyes bless all that they see.