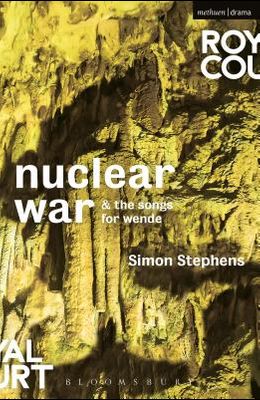 Nuclear War & The Songs for Wende

I want, one more time, to be absolutely in the moment . . . I am going to try as hard as I can to not be a human being. A series of suggestions on desire, death and time. Nuclear War is the searing result of a groundbreaking and form-defying collaboration between Simon Stephens and the choreographer and movement director Imogen Knight, developed by Actors Touring Company. Introduced by the author, this edition also features a suite of lyrics written by Simon Stephens for a musical collaboration with Dutch singer-songwriter Wende Snijders, performed at Schouwburg Het Park in Westerdijk, The Netherlands, in March 2017. Nuclear War was published to coincide with the world premiere of the play at the Royal Court Theatre, Upstairs, London, in April 2017.