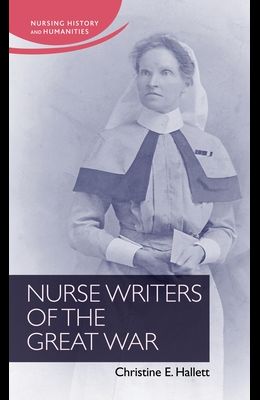 Nurse Writers of the Great War

The First World War was the first 'total war'. Its industrial weaponry damaged millions of men and drove whole armies underground into dangerously unhealthy trenches. Many were killed. Many more suffered from life-threatening injuries: wound infections such as gas gangrene and tetanus; exposure to extremes of temperature; emotional trauma and systemic disease. In an effort to alleviate this suffering, tens of thousands of women volunteered to serve as nurses. Of these, some were experienced professionals, while others had undergone only minimal training. Their motivations were a combination of compassion, patriotism, professional pride and a desire for engagement in the 'great enterprise' of war. The war led to an outpouring of war memoirs, produced mostly by soldier-writers whose works came to be seen as a 'literary canon' of war-writing. But nurses had offered immediate and long-term care, life-saving expertise and comfort to the war's wounded, and their experiences had given them a perspective on industrial warfare which was unique. Until recently their contributions, both to the saving of lives and to our understanding of warfare, have remained largely hidden from view. Nurse writers of the great war examines these nurses' memoirs and explores the insights they offer into the nature of nursing and the impact of warfare. The book combines close biographical research with textual analysis in order to offer an understanding of both nurses' wartime experiences and the ways in which their lives and backgrounds contributed to the style and content of their writing.