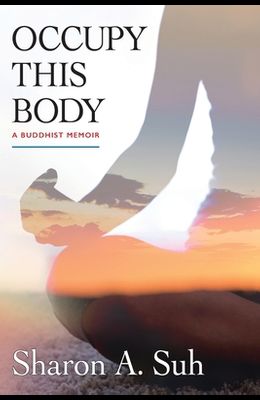 Occupy This Body: A Buddhist Memoir

by
Sharon a Suh

OCCUPY THIS BODY: A Buddhist Memoir is the story of Religious Studies Professor Sharon A. Suh's struggle to overcome a childhood of forced-feeding, emotional neglect, and cruelty from her Korean immigrant mother who battled and eventually succumbed to her own eating disorders. As she matures and awakens to her own body, she must come to terms with her past suffering and how it shapes her experiences as a Korean American woman raised and educated within predominantly upper middle-class white America. In this memoir she shares her discovery, study, and embrace of Buddhism to help her heal from past trauma and lay bare the cultural silence surrounding abuse and mental illness in Asian American families. Occupy This Body offers an intimate portrait of growing up in Long Island as a second generation Korean American in what appears to be a model minority household where respect for elders, sacrifice, hard work, and academic achievement hold sway. But beneath this veneer of success that takes her from the suburbs to Harvard and into a marriage of seeming perfection and eventual divorce, she struggles with the devastating effects of growing up with an abusive mother who suffered from anorexia, bulimia, and mental illness as she directed her wrath--and her eating disorders-- onto her. To survive, she must learn to feel at home in her ever-changing body and begin to occupy her own space in the world that has often rendered her invisible as an Asian American woman. Tackling the myth of the Asian American model minority, the shame around mental illness and abuse in Asian American families, and the pervasive pressures aimed at disciplining female bodies, Suh strips away the psychic and social bandages that have shielded her wounds from public view, reimagining Buddhism as an empowering and transformative framework for reclaiming, and occupying, our imperfect bodies. Occupy This Body thus confronts the heavy burdens of silence and invisibility that still threaten to ensnare Asian American women in America today. Appealing to readers interested in Buddhism, women of color, the Korean-American immigration experience, abuse and eating disorders, Occupy This Body contributes to the growing literature in memoirs about the body, second-generation immigrant experiences, and what it means to be a person of color in contemporary America. Theoretically grounded in Buddhist studies, feminism and the growing scholarship on the body, Occupy This Body is a deeply-nuanced personal memoir written in an accessible voice by a professor of religion who learned to keep her childhood trauma, and history of enforced eating disorders, a secret from all but her closest friends.

Other eating disorders & body image books you might enjoy