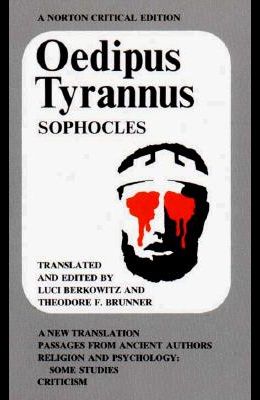 Book #1 in the The Theban Plays Series
by
Sophocles and Luci Berkowitz
$3.88
Select Format

From the Back Cover The text is accompanied by a wealth of carefully chosen background materials and essays. Among the background materials are selections from Homer's Odyssey, Thucydides' account of the plague, and Euripides' Phoenissae. The best of ancient and modern criticism is represented, permitting discussion from many points of view: psychological, religious, anthropological, dramatic, and literary.

The Theban Plays Series In Order - By Sophocles

0
|   0  reviews
Did you read Oedipus Tyrannus? Please provide your feedback and rating to help other readers.
Write Review