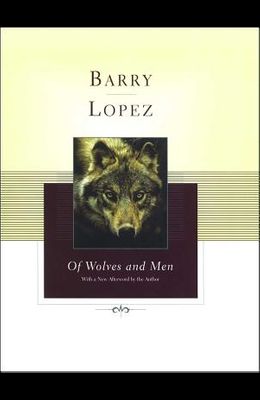 Of Wolves and Men

Originally published in 1978, this special twenty-fifth-anniversary edition of the National Book Award finalist includes an entirely new afterword in which the author considers the current state of knowledge about wolves and recent efforts to reintroduce wolves to their former habitats in American wilderness areas. Humankind's relationship with the wolf is based on a spectrum of responses running from fear to admiration and affection. Lopez's classic, careful study won praise from a wide range of reviewers and went on to improve the way books about wild animals are written. Of Wolves and Men reveals the uneasy interaction between wolves and civilization over the centuries, and the wolf's prominence in our thoughts about wild creatures. Drawing on an astonishing array of literature, history, science, and mythology as well as considerable personal experience with captive and free-ranging wolves, Lopez argues for the necessity of the wolf's preservation and envelops the reader in its sensory world, creating a compelling picture of the wolf both as real animal and as imagined by man. A scientist might perceive the wolf as defined by research data, while an Eskimo hunter sees a family provider much like himself. For many Native Americans the wolf is also a spiritual symbol, a respected animal that can make both the individual and the community stronger. With irresistible charm and elegance, Of Wolves and Men celebrates scientific fieldwork, dispels folklore that has enabled the Western mind to demonize wolves, explains myths, and honors indigenous traditions, allowing us to further understand how this incredible animal has come to live so strongly in the human heart.

Books similiar to Of Wolves and Men

List of All Editions of Of Wolves and Men