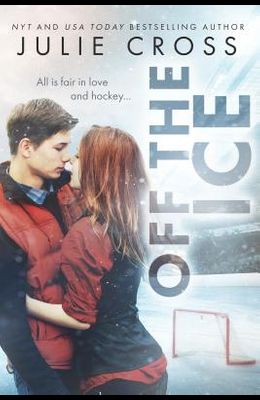 Book #1 in the Juniper Falls Series
by
Julie Cross

All is fair in love and hockey... Claire O'Connor is back in Juniper Falls, but that doesn't mean she wants to be. One semester off, that's what she promised herself. Just long enough to take care of her father and keep the family business--a hockey bar beside the ice rink--afloat. After that, she's getting the hell out. Again. Enter Tate Tanley. What happened between them the night before she left town resurfaces the second they lay eyes on each other. But the guy she remembers has been replaced by a total hottie. When Tate is unexpectedly called in to take over for the hockey team's star goalie, suddenly he's in the spotlight and on his way to becoming just another egotistical varsity hockey player. And Claire's sworn off Juniper Falls hockey players for good. It's the absolute worst time to fall in love. For Tate and Claire, hockey isn't just a game. And they both might not survive a body check to the heart.