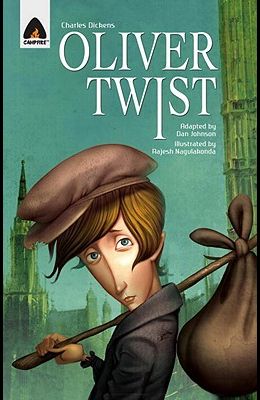 Oliver Twist's life has been a hard and desperate one. With his mother dying during his birth, and having no idea who his father was, Oliver has spent his first nine years struggling to survive in a world that has little pity for a poor orphan such as him. After Oliver gets involved with the nefarious Fagin and the sinister Bill Sikes, he is wounded during a burglary. Oliver is rescued by Sikes's intended victims, the young Rose Maylie, and her guardian, Mrs Maylie. At last, the boy finds a loving home and people who care for him. But how long will Oliver's happiness endure, especially when Fagin begins to conspire with a mysterious stranger with a link to the boy's past?

List of All Editions of Oliver Twist: The Graphic Novel