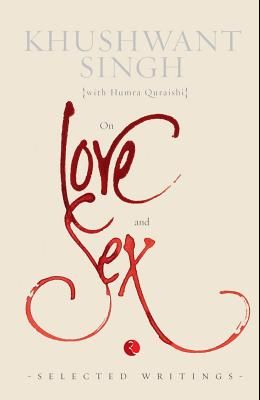 On Love and Sex: Selected Writings

The writing career of Khushwant Singh is more than six decades old. During this time he has come up with several frank and scare free writings that has punctured the prudishness, hypocrisy and humbug of Indian society. He has been quite open in expressing his views on human sexuality and he is considered one of a kind. In on Love and Sex: Selected Writings, he looks back at some of his previous publications like his autobiography, where he details about how he lost his virginity. He describes about a newly married couple, whom he witnessed, as they consummate their marriage on a moving train. This is presented as his rumination of sexuality in India. He then describes about an episode in a doctor's clinic, a poker faced narration, which left Singh with the feeling that he has been 'buggered'. He then picks another topic from his other fiction work called A Mixed Marriage. Here he describes about a Hindu-Muslim union during the times of Mughal. The Rooftop Massage describes about the unusual experience of Mohan Kumar with the Masseuse Molly. Kumar is given the suggestion later on that he should never try it again.

List of All Editions of On Love and Sex: Selected Writings