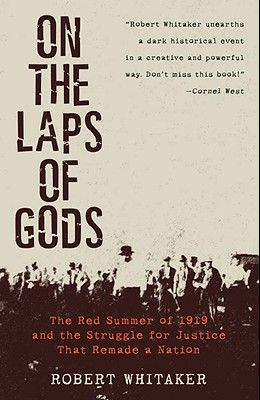 On the Laps of Gods: The Red Summer of 1919 and the Struggle for Justice That Remade a Nation

They Shot Them Down Like Rabbits . . . September 30, 1919. The United States teetered on the edge of a racial civil war. During the previous three months, racial fighting had erupted in twenty-five cities. And deep in the Arkansas Delta, black sharecroppers were meeting in a humble wooden church, forming a union and making plans to sue their white landowners. A car pulled up outside the church . . . What happened next has long been shrouded in controversy. In this heartbreaking but ultimately triumphant story of courage and will, journalist Robert Whitaker carefully documents-and exposes-one of the worst racial massacres in American history. On the Laps of Gods is the story of the 1919 Elaine massacre in Hoop Spur, Arkansas, during which white mobs and federal troops killed more than one hundred black men, women, and children; of the twelve black men subsequently condemned to die; of Scipio Africanus Jones, a former slave and tenacious black attorney; and of Moore v. Dempsey, the case Jones brought to the Supreme Court, which set the legal stage for the civil rights movement half a century later.