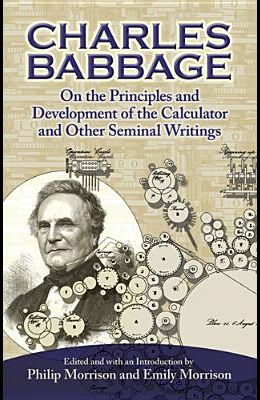 by
Charles Babbage and Philip Morrision and Emily Morrison

Regarded as a crackpot by his contemporaries and a genius by modern scientists, Charles Babbage (1792 1871) was the true discoverer of the principles on which all modern computing machines are based. His achievements have been virtually forgotten, but this compilation of his writings, in addition to those of several of his contemporaries, illuminates his pioneering work. Part I consists of selections from Babbage's long-out-of-print autobiography, Passages from the Life of a Philosopher, in which he recounts the pursuit of his dreams and remarks on noteworthy acquaintances, including Laplace, Biot, Humboldt, and Sir Humphry Davy. Additional features include articles, sketches, and letters by Babbage himself along with notes by his contemporaries that explain the principles and operation of the inventor's brilliant but never completed calculating machines. An informative Introduction places these writings in their historical context.