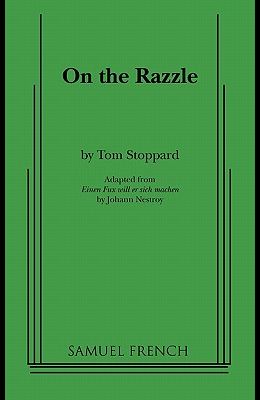 Comedy Characters: 15 male, 10 female, extras, plus 6 musicians. Various interior and exterior sets or unit set. This recent hit in London is a free adaptation of the 19th century farce by Johann Nestroy that provided the plot for Thornton Wilder's The Merchant of Yonkers, which led to The Matchmaker, which led to Hello, Dolly. The story is basically one long chase, chiefly after two naughty grocer's assistants who, when their master goes off on a binge with a new mistress,