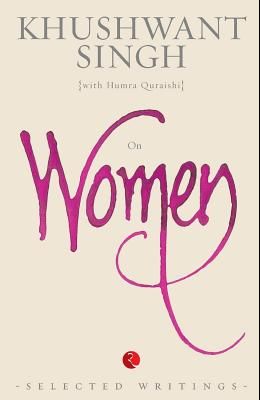 Khushwant Singh is well known for his brazen interest in the fairer sex. He has revelled in the notoriety that this interest has evoked. Some of his best known works are inspired by the enduring obsession with them, both as a peerless raconteur and as a journalist. on Women: Selected Writings is another good offering from this writer. In his book on Women: Selected Writings, he describes an embarrassing meeting with a drunken actress of yesteryear - Begum Para. He gives a detailed profile of Shraddha Mata and of a tantrik sadhvi who claimed she was the mother of the illegitimate child of Jawaharlal Nehru. Mr Singh also talks about his grandmother, with a touching sketch on the twilight of her life. He also returns to some unforgettable women characters from his previous works of fiction: A clueless American teenager, Georgine, who was taken advantage of by a middle-aged tour guide in Delhi. on Women: Selected Writings, contains a description of a young girl, Nooran, in pre-partition Punjab, who has a sweet feeling of falling in love for the first time but the partition casts a long shadow on her emotions.

List of All Editions of On Women: Selected Writings