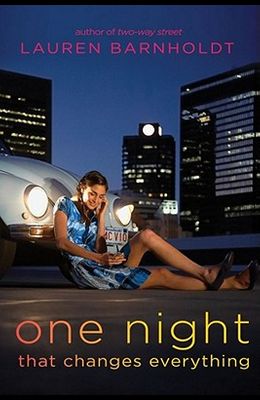 One Night That Changes Everything

Two years ago, when Eliza Sellman was in ninth grade, her dad found out he was being transfered and the family was going to move. Having always been shy and not so confident about her body, Eliza took that opportunity to start a list in her private notebook of all the things she planned on doing when she moved but had always been afraid to--like wearing a miniskirt and asking guys to dance; singing karaoke in front of strangers; posting a photo of herself on her Facebook wall in a bikini...you get the idea. New town, new Eliza, right? Well, she'll never know because the transfer fell through and they didn't move. But Eliza kept adding her goals and secret fears to the list in the notebook. Now it's two years later, and in that time Eliza has had and lost her first boyfriend. But this was more than your average breakup...turns out the sweet and cute Cooper was only dating her as a hazing stunt by a secret society. Eliza got her revenge by posting some pretty nasty (and only sort-of true) stuff about Cooper online. That posting has had major consequences and now Cooper and his buddies have stolen her private notebook and won't give it back until she performs all the things on her list in one night. It's torture...until Eliza steals something from the boys she knows they'll want to trade her notebook for. What starts out as a night of humiliation turns into a night of revelations as Eliza learns what Cooper was really thinking when they dated, the real reason he's stolen her notebook, and how freeing--and life-changing--it can be to do the things you fear the most.

One Night That Changes Everything Series In Order - By Lauren Barnholdt