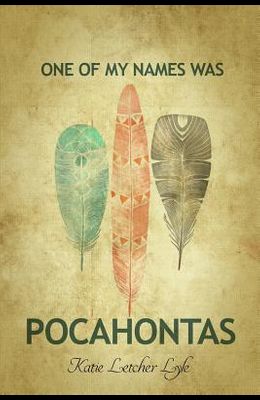 One of My Names Was Pocahontas

Prize-winning author Katie Letcher Lyle has long been fascinated by Pocahontas. At eleven, the Pamunkey girl was sent to negotiate with the English invaders for the return of several of her father's captured braves. She was successful. The question is, how? After thirty years of teaching a course in Pocahontas and her people, Lyle decided to channel information from Pocahontas herself. The answer came clear and Lyle decided that the true story must be told. About the Author Katie Letcher Lyle is the author of 21 books including poetry, wild foods, spirituality, autobiographies, and young adult novels. Her autobiography, WHEN THE FIGHTING IS ALL OVER was Ingram's Pick of the Season for 1997 and short-listed by The Virginia Center for the Book as the best non-fiction book for 1998. Two of her young adult novels were short-listed for the Newbery Award. A third, DARK BUT FULL OF DIAMONDS, was made into a TV movie as MY FATHER, MY RIVAL. It has aired on HBO hundreds of times since May 1985 and won the 1985 Bronze Medal in the New York Film Festival. Lyle's short fiction has appeared in Viva, Shenandoah, The Virginia Quarterly Review, and more. She co-authored FREE MEL GREENBERG, a musical comedy that has been performed more than a dozen times in New York, West Virginia, Virginia, and Ohio. Lyle taught 25 years at Southern Seminary College, has taught intermittently in the graduate Writing Program at Hollins University, and been adjunct professor at Washington and Lee University, Mary Baldwin College, and Randolph-Macon Woman's College. She is active in organizations that serve the handicapped and serves on the Rockbridge Area Hospice Board, where she is also a volunteer.

List of All Editions of One of My Names Was Pocahontas