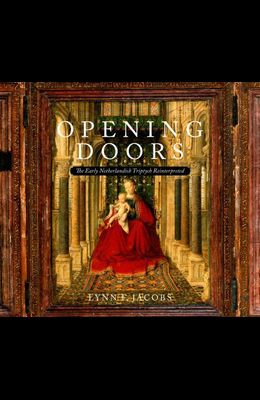 Opening Doors is the first book of its kind: a comprehensive study of the emergence and evolution of the Netherlandish triptych from the early fifteenth through the early seventeenth centuries. The modern term triptych did not exist during the period Lynn Jacobs discusses. Rather, contemporary French, Dutch, and Latin documents employ a very telling description--they call the triptych a painting with doors. Using this term as her springboard, Jacobs considers its implications for the structure and meaning of the triptych. The fundamental nature of the format created doors that established thresholds, boundaries, and interconnections between physical parts of the triptych--the center and wings, the interior and the exterior--and between types of meaning, the sacred and the earthly, different narrative moments, different spaces, different levels of status, and, ultimately, different worlds. Moving chronologically from early triptychs such as Campin's Merode Triptych and Van Eyck's Dresden Triptych to sixteenth-century works by Bosch, and closing with a discussion of Rubens, Jacobs considers how artists negotiated the idea of the threshold. From her analysis of Campin's ambiguous divisions between the space represented across the panels, to Van der Weyden's invention of the arch motif that organized relations between the viewer and the painting, to Van der Goes's complex hierarchical structures, to Bosch's unprecedentedly unified spaces, Jacobs shows us how Netherlandish artists' approach to the format changed and evolved, culminating in the early seventeenth century with Rubens's great Antwerp altarpieces.