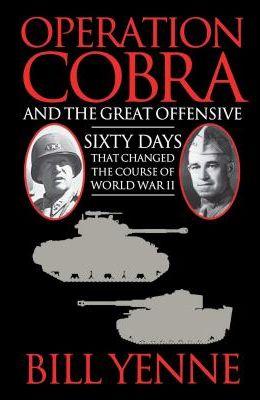 Operation Cobra and the Great Offensive

THE BEGINNINGS OF VICTORYShortly after the D-Day invasion, the Allied forces in Europe had stalled. A limited operation was set in motion to punch a small hole in the enemy defenses, starting on July 25, 1944. It was called Operation Cobra, and it would become one of the greatest offensives in all of military history.In the sixty days following the launch of the operation, the Allies -- commanded by Dwight Eisenhower and led by men such as the irascible General George Patton and General Omar Bradley -- attacked the enemy relentlessly. And what began as a desperate attempt to break a stalemate turned into an unstoppable armored juggernaut that swept the Germans out of virtually all of France, Belgium, and Luxembourg. Here is a penetrating account of that incredible feat of military skill, bravery, and daring that changed the course of the war, and signaled the end of Germany's domination of Europe.

List of All Editions of Operation Cobra and the Great Offensive