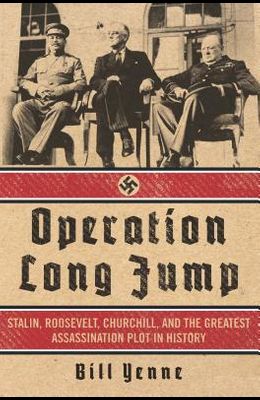 In the middle of World War II, Nazi military intelligence discovered a seemingly easy way to win the war for Adolf Hitler. The three heads of the Allied forces--Franklin Roosevelt, Winston Churchill, and Josef Stalin--were planning to meet in Tehran in October, 1943. Under Hitler's personal direction, the Nazis launched Operation Long Jump, an intricate plan to track the Allied leaders in Tehran and assassinate all three men at the same time. I suppose it would make a pretty good haul if they could get all three of us, Roosevelt later said. Historian Bill Yenne retells the incredible, globe-spanning story of the most ambitious assassination plot ever thwarted in Operation Long Jump .