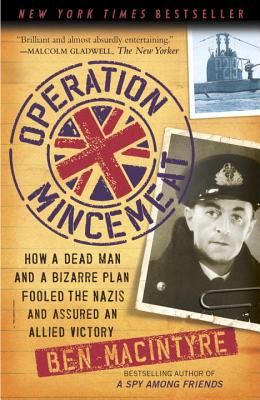 Operation Mincemeat: How a Dead Man and a Bizarre Plan Fooled the Nazis and Assured an Allied Victor

In 1943, from a windowless basement office in London, two brilliant intelligence officers conceived a plan that was both simple and complicated--Operation Mincemeat--to deceive the Nazis into thinking that Allied forces were planning to attack southern Europe by way of Greece or Sardinia, rather than Sicily, as the Nazis had assumed, and the Allies ultimately chose.