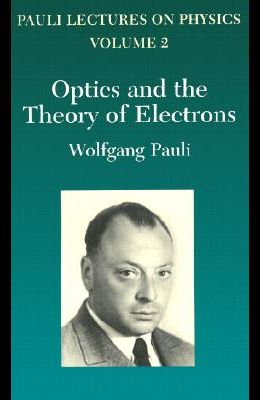 Optics and the Theory of Electrons, Volume 2: Volume 2 of Pauli Lectures on Physics

In the 1950s, the distinguished theoretical physicist Wolfgang Pauli delivered a trademark series of lectures at the Swiss Federal Institute of Technology in Zurich. His comprehensive coverage of the fundamentals of classical and modern physics was painstakingly recorded not only by his students but also by a number of collaborators whose carefully edited transcriptions resulted in a remarkable six-volume work. This volume, the second of the series, focusing on optics and the theory of electrons, examines geometrical optics, the theory of interference and diffraction, Maxwell's Theory, crystal optics, and molecular optics. As does each volume in the series, this book includes an index and a wealth of helpful figures, and can be read independently of the series by those who wish to focus on a particular topic.

Books similiar to Optics and the Theory of Electrons, Volume 2: Volume 2 of Pauli Lectures on Physics

List of All Editions of Optics and the Theory of Electrons, Volume 2: Volume 2 of Pauli Lectures on Physics