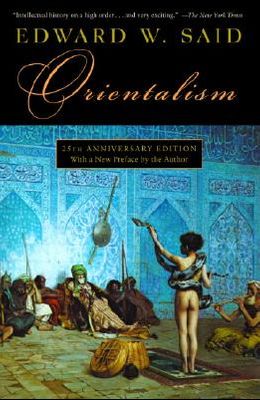 More than three decades after its first publication, Edward Said's groundbreaking critique of the West's historical, cultural, and political perceptions of the East has become a modern classic. In this wide-ranging, intellectually vigorous study, Said traces the origins of orientalism to the centuries-long period during which Europe dominated the Middle and Near East and, from its position of power, defined the orient simply as other than the occident. This entrenched view continues to dominate western ideas and, because it does not allow the East to represent itself, prevents true understanding. Essential, and still eye-opening, Orientalism remains one of the most important books written about our divided world.

From the front Cover The noted critic and a Palestinian now teaching at Columbia University, examines the way in which the West observes the Arabs.