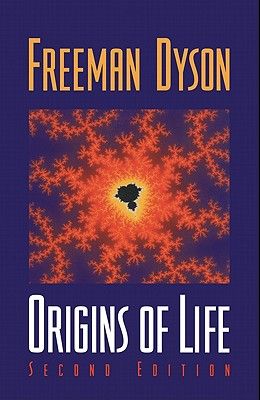 How did life on Earth originate? Did replication or metabolism come first in the history of life? In the second edition of the acclaimed Origins of Life, distinguished scientist and science writer Freeman Dyson examines these questions and discusses the two main theories that try to explain how naturally occurring chemicals could organize themselves into living creatures. The majority view is that life began with replicating molecules, the precursors of modern genes. The minority belief is that random populations of molecules evolved metabolic activities before exact replication existed and that natural selection drove the evolution of cells toward greater complexity for a long time without the benefit of genes. Dyson analyzes both of these theories with reference to recent important discoveries by geologists and chemists, aiming to stimulate new experiments that could help decide which theory is correct. This second edition covers the impact revolutionary discoveries such as the existence of ribozymes, enzymes made of RNA; the likelihood that many of the most ancient creatures are thermophilic, living in hot environments; and evidence of life in the most ancient of all terrestrial rocks in Greenland have had on our ideas about how life began. It is a clearly written, fascinating book that will appeal to anyone interested in the origins of life.