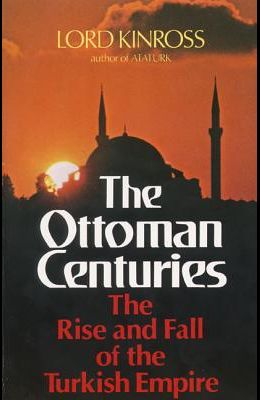 The Ottoman Empire began in 1300 under the almost legendary Osman I, reached its apogee in the sixteenth century under Suleiman the Magnificent, whose forces threatened the gates of Vienna, and gradually diminished thereafter until Mehmed VI was sent into exile by Mustafa Kemal (Ataturk). In this definitive history of the Ottoman Empire, Lord Kinross, painstaking historian and superb writer, never loses sight of the larger issues, economic, political, and social. At the same time he delineates his characters with obvious zest, displaying them in all their extravagance, audacity and, sometimes, ruthlessness.