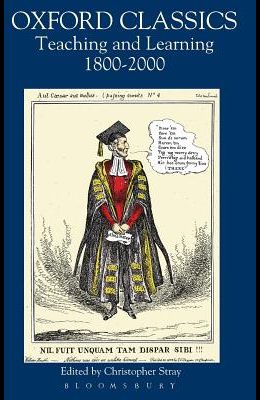 Oxford, the home of lost causes, the epitome of the world of medieval and renaissance learning in Britain, has always fascinated at a variety of levels: social, institutional, cultural. Its rival, Cambridge, was long dominated by mathematics, while Oxford's leading study was Classics. In this pioneering book, 16 leading authorities explore a variety of aspects of Oxford Classics in the last two hundred years: curriculum, teaching and learning, scholarly style, publishing, gender and social exclusion and the impact of German scholarship. Greats (Literae Humaniores) is the most celebrated classical course in the world: here its early days in the mid-19th century and its reform in the late 20th are discussed, in the latter case by those intimately involved with the reforms. An opening chapter sets the scene by comparing Oxford with Cambridge Classics, and several old favourites are revisited, including such familiar Oxford products as Liddell and Scott's Greek-English Lexicon, the Oxford Classical Texts, and Zimmern's Greek Commonwealth. The book as a whole offers a pioneering, wide-ranging survey of Classics in Oxford.